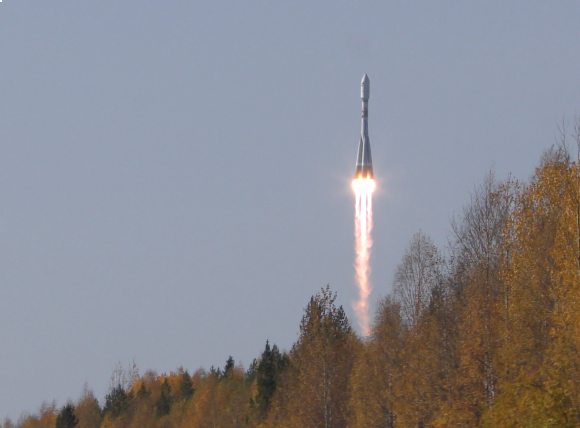 The two satellites launched today are the first of Kepler’s new GEN1 platform.  Built entirely at Kepler’s production facility in Toronto, the GEN1 platform represents an evolution beyond Kepler’s pathfinder satellites, with an increase in size to a 6U-XL bus.  The increased size accommodates many technology enhancements, including additional power and antenna capabilities that allows the support of both Ku and narrowband spectrum from a single satellite.  This multi-spectrum support is achieved with Kepler’s proprietary Software Defined Radio (SDR) which has been proven onboard the three satellites already on orbit.

Mina Mitry, CEO of Kepler Communications said of the GEN1 satellite launch, “This is a milestone event for Kepler marking the start of our aggressive launch campaign in the coming months. It is through the unrelenting work of our team that we are heading to orbit with the first satellites entirely produced in our facility. Our current rate of satellite production will allow our network to grow significantly in the coming months, and we look forward to putting the service in the hands of our customers.”

Kepler’s launch plans include an additional launch in 2020, currently scheduled for December, which will add additional GEN1 satellites to the Kepler constellation.  As with today’s launch, these satellites will service the growing customer demand for Global Data Services and support EverywhereIoT demonstrations.

Kepler’s CTO, Wen Cheng Chong, added “GEN1 for Kepler is built upon the foundation laid down by KIPP, CASE & TARS which served as our technology & service demonstration satellites. We worked together with the team from the Space Flight Laboratory here in Toronto, who has more than 20 year of flight heritage, to develop a new generation of satellites that can deliver a dramatic improvement on our Global Data Service.”

Today’s launch was part of the Exolaunch Wanderlust mission, previously announced by Kepler on August 18th, and is the latest step in Kepler’s incremental approach to technology and commercial development as the company continues on its mission to build the internet in space.

Kepler is a satellite telecommunications provider based in Canada, backed by Costanoa Ventures, IA Ventures and other leading investors. Kepler’s mission is to connect people and things Everywhere, on earth and beyond.  To this end, Kepler will build an in-space telecommunications network through an incremental deployment of products and technologies. The first to launch and operate a Ku-band satellite service in Low Earth Orbit, Kepler has recently announced the commissioning of a cubesat manufacturing facility at their Toronto headquarters.  For more information visit www.kepler.space and @KeplerComms