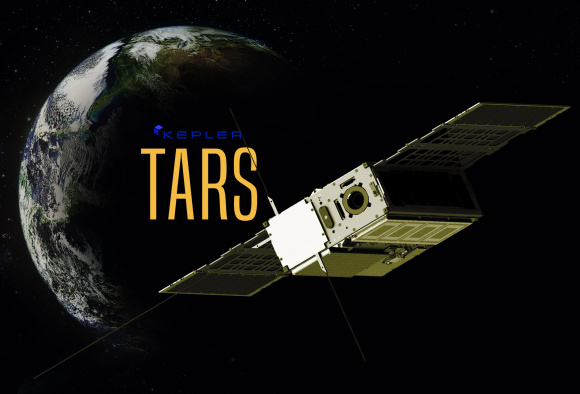 Our Final Demonstration: All about TARS

In the last few weeks, Kepler delivered the flight model for the TARS payload to be integrated with the satellite BUS. This major step closes out nearly 12 months of development and production efforts. The next few months will see the spacecraft undergo integration, systems-level testing, and finally launch into orbit to carry-out its mission. And although we cannot yet put our feet up and consider the satellite ‘complete’, we can highlight some of the exciting improvements that were made to the platform.

This mission was a collaboration between Kepler and the UK’s Satellite Applications Catapult, with the primary objective being to deliver a service demonstration of our Global Data Service. This means a few things. Firstly, it means improving the bandwidth of the satellite above that offered in our technology demonstration platforms KIPP and CASE, and increasing the satellite’s reliability. It also means adding some key features that make it more suitable for a service demonstration, such as user-defined tasking, which will give customers the ability to request service from the satellite to retrieve data without pre-approved schedules.

To accomplish this, the TARS payload included a lot of great technology:

TARS is set to launch later this year. Once placed into orbit, we will begin commissioning the spacecraft. This process can take a few months, as it involves turning on each subsystem in a sequence and performing a variety of key tests to ensure that all the systems are functioning properly.

After commissioning has been completed, TARS will primarily be tasked with providing service demonstrations of our Global Data Service, a low-cost and ultra-high-bandwidth satellite communications service. Covering every part of the globe, pole-to-pole, Global Data Service allows the movement of hundreds of Gigabytes of data to and from a user at economical rates. The store-and-forward nature of the solution makes it suitable for delay-tolerable data such as large multimedia files, high-resolution videos and imagery, and other bandwidth-intensive data within the maritime, oil & gas, tourism, and scientific communities.

In addition, TARS will serve as a technology demonstration platform for our narrowband connectivity service for ‘Internet of Things’ devices. Seamless connectivity remains a challenge for many IoT developers, solution providers, businesses, and governments alike whose needs are still largely unmet despite advancements in wireless technology. Although terrestrial wireless infrastructure remains widespread, variations in frequency bands and network technology create challenges when solution providers seek to deliver globally-connected products. The S-band payload on TARS will allow early demonstrations of this future service.

In the coming weeks and months, we will be finalizing all aspects of TARS system-level testing and prepping it for final delivery to the launch vehicle. This is the most technically advanced spacecraft Kepler has developed to-date, and we are excited to get her into space and begin moving some real data!